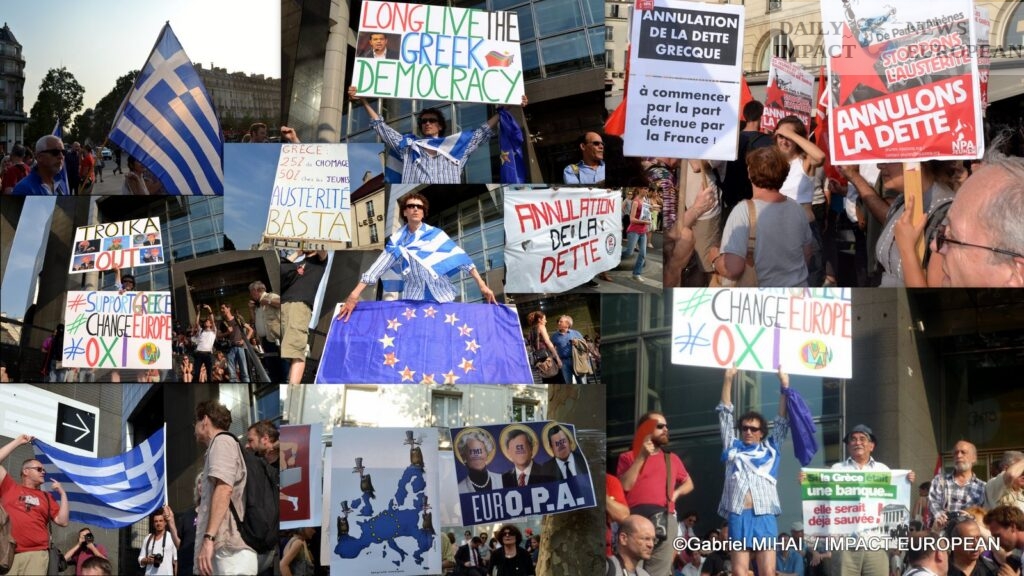 Greece has suffered a serious economic crisis since 2010. It had to wait 12 years before the European Commission lifted its economic surveillance. reinforced*.

Greece has suffered a serious economic crisis since 2010. It had to wait 12 years before the European Commission lifted its economic surveillance. reinforced*.

On Saturday, August 20, Prime Minister Kyriatos Mitsotakis said that this “12-year cycle has brought pain to citizens, stagnated the economy and divided society”… He considers that “A new horizon, clear of growth, of unity, of prosperity, emerges for all.”

For her part, Ursula von der Leyen, President of the European Commission, hails “the determination and resilience of Greece and its population, which can thus close this chapter and see the future with confidence”.

In 2010, the Greek government appealed to the European Union (EU), the European Central Bank (ECB) and the International Monetary Fund (IMF), while the coffers were empty.

In order to meet the demand, the 3 institutions have set up 3 rescue plans of 3 years each, of 289 billion euros. In return, Greece had to commit to drastic austerity measures. The goal was to bring in money and improve public finances. The measures taken advocated a reduction in pensions and wages, an increase in taxes, a freeze on public sector hiring and the amputation of the budgets of administrations, hospitals and all public bodies.

In 2015, there were demonstrations across Europe to highlight the debts linked to the increased surveillance of the EC and the increase in taxes, but also to support the population.

In 2018, at the end of the 3rd rescue plan, the EU launched an enhanced surveillance program to verify the implementation of the reforms taken and the continuation of privatizations. Greece must maintain a primary surplus of 3.5% of GDP.

Since 2019, the country has observed great growth and a significant drop in unemployment of up to 5% These figures made it possible to announce on August 20, the end of the period of enhanced EU surveillance on Greece. The European Commission expects growth of 4% this year, while it should rise in the euro zone, on average, to 2.6%. However, unemployment remains one of the highest in the euro zone, the minimum wage one of the lowest. The debt of 180% of GDP continues to weigh on the country’s economy with a very significant level of unemployment and debt. According to Paolo Gentiloni, “the end of the reinforced surveillance of Greece also marks the symbolic conclusion of the most difficult period that the euro zone has known.”(…) “The collective response to the Covid-19 pandemic has showed that Europe had learned the lessons of this crisis”.

To date, despite all its efforts, the country remains at a worrying level because of still very high unemployment and the weight of the debt. We will note, however, that the date of August 20, 2022 will also mark the end of the crisis endangering the euro.