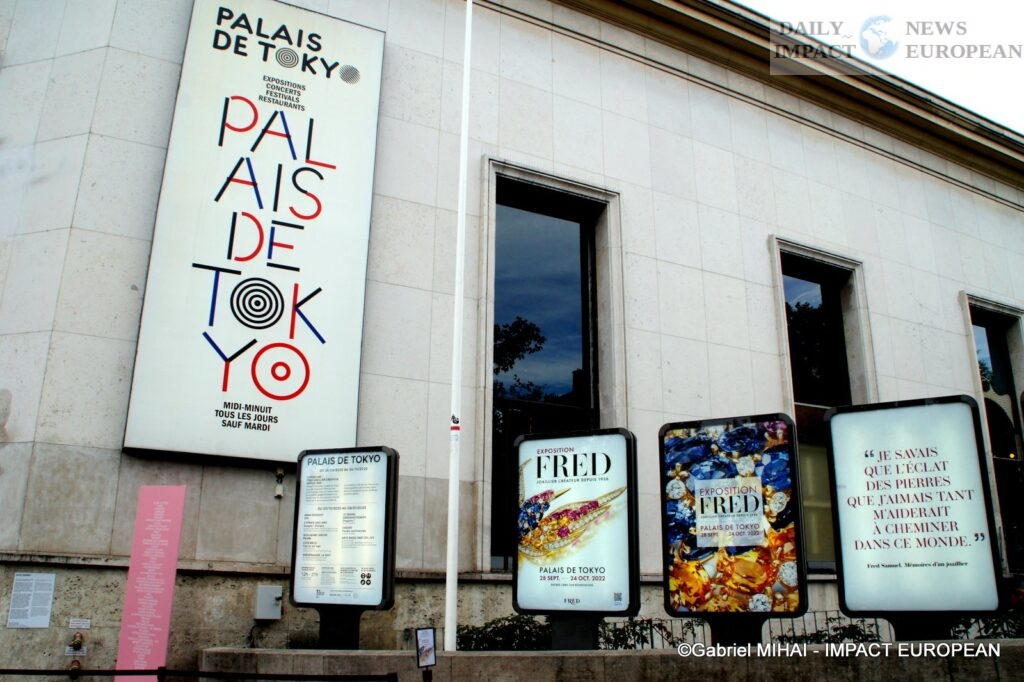 The Palais de Tokyo (75016) has just offered the first retrospective exhibition dedicated to the 85 years of the history of the jewelry house FRED and its creator Fred Samuel. This presentation was led by Vanessa Cron, professor and jewelry historian, and Vincent Meylan, jewelry editor and author of numerous books on the subject.

The Palais de Tokyo (75016) has just offered the first retrospective exhibition dedicated to the 85 years of the history of the jewelry house FRED and its creator Fred Samuel. This presentation was led by Vanessa Cron, professor and jewelry historian, and Vincent Meylan, jewelry editor and author of numerous books on the subject.

After about 3 years of waiting, from September 28 to October 24, the public was able to discover, through 12 themed rooms, the story of the founder of Maison Fred and his family, but also stones and objects of exception including the “Soleil d’Or”, a daffodil diamond of more than 100 carats, the essence of Maison Fred..

To celebrate the house’s 85th anniversary, the house’s CEO, Charles Leung, and Valérie Samuel, the designer’s granddaughter but also vice-president and artistic director, searched the archives and brought together thanks to the FRED initiative seeking FRED from private owners of unique pieces, the centerpieces of the house to retrace the history of the brand at the Palais de Tokyo. In total, more than 450 pieces, jewels and emblematic accessories, original drawings, nearly 300 unique archival documents, photos, videos, exclusive testimonials and above all, presented for the first time to the public, the famous emerald-cut Fancy Yellow diamond , the “Soleil d’Or” were highlighted during the exhibition which opened with the presentation of the jewel in a case completely covered with gold lamé.

The name of this diamond is linked to the decision of the jewelry brand because it pays homage to the light of the Riviera that Fred Samuel loved so much. it is also linked to the personality of the founder and his love for colored stones.

Discovered in 1977 by Henri Samuel, the creator’s eldest son, its color reminds him of the “gilded in the colors of Argentina”. It was the first of the large colored diamonds that will mark the history of the House. This gem is exceptional due to its emerald size and its weight of 105.54 carats, but also its arrival in Paris in Concorde and its presentation at Maxim’s. in the presence of 2000 people including many stars.

After 45 years, recut and weighing only 101.57 carats, entered the heritage of Maison Fred, the “Soleil d’Or”, passed in 1974 from the grade Fancy Yellow to Fancy Intense Yellow. Now possessing one of the 2 rarest and most sought-after color grades out of the 9 defined by the GIA nomenclature, it has just been exhibited to the general public for the exhibition at the Palais de Tokyo. Immortalized by the actress Margaux Hemingway, he disappeared 44 years before reappearing in a private collection.

The life of “Mister Fred”

Samuel Fred was born on August 3, 1908 in Argentina. He spent his childhood in a family of Alsatian jewelers who left for Latin America following the 1870 war and settled in Paris after their return in 1920. He made his debut at the age of 16 with the Worms Brothers who made him a renowned expert in cultured pearls. He married Thérèse Halphen in 1934 and had 2 sons, Henri and Jean. He opened his jewelry shop, rue Royale (75008) in 1936 when he was only 28 years old. As the Second World War broke out, his love for France led him to enlist in the Foreign Legion and then became a member of the Resistance. Under the occupation, the store is placed under the control of the General Commissariat for Jewish Affairs, in 19.41, it must remove the name of Samuel from its storefront, so it definitely bears the name of Fred. From 1968 to 1977, his love of justice led him to become a judge at the commercial court, then president of the chamber from 1977 to 1979. In the 1980s, Fred traveled all over the world.

The colors of Fred’s palette

Henri and Jean Samuel were navigators, they were European champion of Flying Dutchman in 1962. This is what inspired Henri Samuel in 1966 who created a jewel of braided marine cables and closed with gold rivets. This bracelet he gave to his wife was the first of the line called “Force 10” intended for both women and men. Having become interchangeable in 2007, they offer endless possibilities.

They appeared as soon as the House was launched in 1936. Also called “Charm’s”, they are found hanging on large-link bracelets and are evocative of memories. The first represented the historical monuments of Paris. In the 1950s, it was quite a bestiary, also available in brooches The themes, funny and sometimes offbeat, relate to inspiration and current events In 1989, the Fredy’s, characters halfway between comics and jewelry, became the “Ambassadors” of the humorous spirit of the House. Among them are the “Lover”, the Painter”, “the Golf Players” and “the Skater”, all made of gold and Mabé pearls.

Fred Samuel and the world of cinema have been linked since the 1930s. This is how he counts among his clients Marlène Diétrich, Mary Pickford and Douglas Fairbanks, Sacha Guitry and Yvonne Printemps to whom he re-threads the pearls of his necklaces every year. . Johnny Hallyday or Catherine Deneuve with whom he created a collection are present at inaugurations. In 2011, he invited Kate Moss to design jewelry inspired by his tattoos. The name of Fred Samuel appears in the credits of many films including the famous “Pretty Woman” with Julia Roberts in 1990 or “Casino Royal” with Caterina Murino.

This collection uses the Fred Hero Cut, a new exclusive stone cut inspired by the family’s historic love for the sea. Its fluid and supple line highlights the work of materials including anodized colored titanium, rarely used in High Jewelry , as well as the selection of pearls (a nod to its beginnings). This new collection “weaves a natural link between the house’s heritage, both creative and technical, and the future of Fred.

Retrospective embodied by a sapphire bird

For more than 86 years, Maison Fred has embodied the love of colored stones, as embodied by the bird set with 56-carat multicolored sapphires, which appears on the poster of the exhibition. Around him, you could admire many exceptional pieces including the “Rainbow” set designed in 1988 by Henri Samuel and featuring natural colored diamonds. Other pieces present, the “Blue Moon”, a 275-carat blue sapphire from Ceylon acquired in 1980 and a 136.93-carat emerald cut in briolette (cutting facets around the stone).