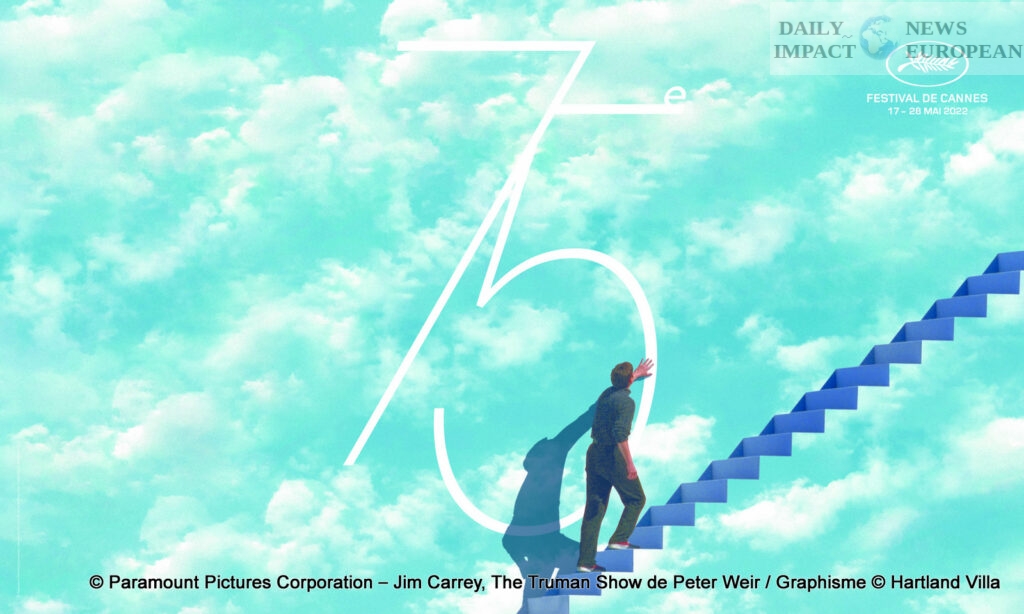 After two years spent under the yoke of the Covid-19 pandemic and now under the shadow of war in Ukraine, the French cultural event has officially launched its opening ceremony and rolled out its mythical red carpet.

After two years spent under the yoke of the Covid-19 pandemic and now under the shadow of war in Ukraine, the French cultural event has officially launched its opening ceremony and rolled out its mythical red carpet.

This is an important figure of the Splendid troupe, namely Gérard Jugnot. The 71-year-old comedian pulled out of his dressing room a black tuxedo and a white shirt accessorized with a bow tie. He did not make the trip alone since he came to the arms of the woman who makes his heart beat: Patricia Campi.

Vincent Lindon, Marion Cotillard or Tom Cruise, everyone dreams of having the chance to meet the actress or actor of their dreams. The bosses of the various palaces or the stylists and their prestigious wardrobes are also preparing to see the influx of many demanding stars.

Bérénice Bejo arrived on the red carpet at the Cannes Film Festival for the screening of “Cut!”, a film by Michel Hazanavicius in which she also plays: “It’s always exceptional to climb the steps, she revealed to TV Festival. This climb is legendary, you never get used to it and you always have so much fun.”

Forest Whitaker has just arrived on the Cannes Film Festival red carpet. The Oscar-winning actor is not there for nothing, since he receives this evening a palme d’honneur rewarding his entire career. He had already received an interpretation award on the Croisette for his role in the film “Bird”.

Vincent Lindon has just made his appearance on the red carpet of the Cannes Film Festival, surrounded by members of his jury. As a reminder, he will be in charge of establishing the list of winners of the official selection and in particular of awarding the famous palme d’or on May 28th.

Lashana Lynch, who plays Agent 007 in the latest James Bond movie No Time to Die, made a standout appearance on the Cannes red carpet. Speaking to TV Festival, she said: “It’s my first time in Cannes, I’m excited to celebrate strong women in cinema and to attend these films that deserve to be screened. I can’t wait, it’s fabulous and so moving for all of us to celebrate cinema!”

Lucien Jean-Baptiste, Samuel Le Bihan and Rossy de Palma are part of the jury for the Caméra d’or, an award that rewards the best first film each year, all selections combined. These jurors are also present on the red carpet of the Cannes Film Festival for the opening ceremony.

Eye Haïdara, seen in Le Sens de la Fête and En Thérapie season 2, is present at the Cannes Film Festival to climb the steps. Asked by Télé Festival, the actress did not hide her excitement at the idea of ​​walking the red carpet on the Croisette: “I try not to ask myself too many questions, but these are things that made me dream being a child. So when it becomes concrete and real, it’s very exciting!”

The members of the jury of the 75th Cannes Film Festival parade on stage as is the custom during the opening of the event. Rebecca Hall, Deepika Padukone, Noomi Rapace, Jasmine Trinca, Asghar Farhadi, Ladj Ly, Jeff Nichols, Joachim Trier then Vincent Lindon were welcomed to the applause of the star audience.

Pierre Lescure, president of the Cannes Film Festival, is responsible for awarding the honorary palme d’or to Forest Whitaker. “The Festival has decided to give you a palme d’honneur which goes to the artist, the filmmaker, the UNESCO ambassador and a citizen of the world.” Forest Whitaker thanked, in French, the organizers for this honor, before remembering, in English this time, his climb of the steps for the film Bird which earned him the prize for male interpretation.

Volodomyr Zelensky made a surprise appearance live from Kyiv at the opening ceremony of the Cannes Film Festival. The Ukrainian president received a standing ovation from the audience. “Cinema appeared in our life, then it became our life. And now it’s cinema that our future depends on,” Zelensky said in a videoconference. He made a point of recalling the role of the cinema in the conflict which currently opposes him to the troops of Vladimir Putin.

“It all depends on our unity. Can cinema stay outside of this unity?” asked Volodomyr Zelensky, live from Ukraine, during the 75th opening ceremony of the Cannes Film Festival. He called on the personalities of the seventh art to commit themselves in favor of his country and to help it: “We need a new Chaplin who will prove that once again, cinema is not dumb.” His speech was greeted with loud applause.

Julianne Moore made an appearance on the Cannes Film Festival stage to declare open the 75th Cannes Film Festival ceremony. A sentence certainly symbolic but which closes this opening ceremony before launching the screening of the film “Cut!” If the feature film was released in cinemas in France, it is obviously not screened on France 2, since only those present in the room can attend the screening.

The Cannes Film Festival was officially launched on Tuesday May 17, 2022 after the opening ceremony hosted by Virginie Efira. La Croisette will now live to the rhythm of red carpets, glitter and stars until May 28, 2022, date of the closing ceremony which will reveal the winners of this 75th edition.