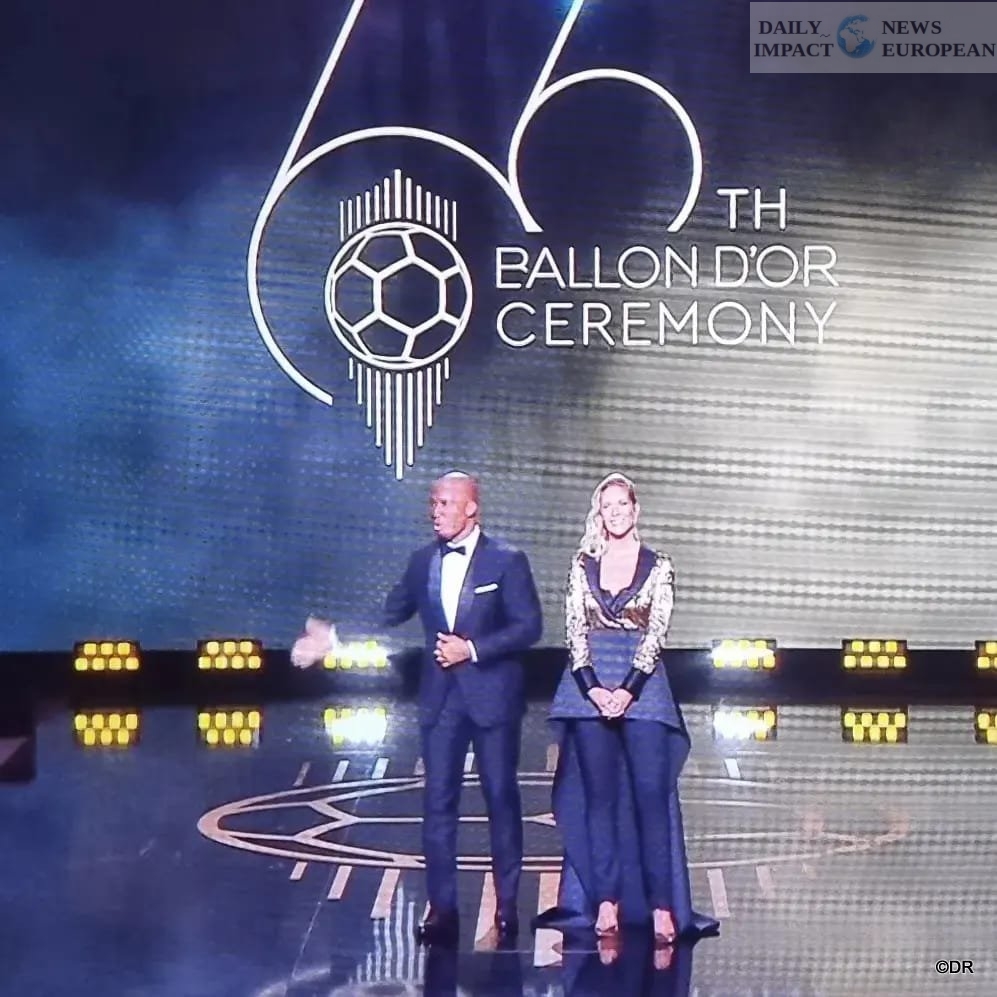 The ceremony of the 66th edition of the “Ballon d’Or” was held for the 9th time, at the Châtelet theater on October 17, 2022. On this occasion, the renowned Parisian stylist Nathalie Descout made the outfit worn by the journalist Franco-British from France 2, Sandy Heribert, mistress of ceremonies with international footballer Didier Drogba.

Nathalie Descout is a young French designer who creates clothes in Lyon silk and Calais lace, entirely by hand. Recognized for its know-how, worthy of French chic and elegance, it presents creations 100% made in France. She also presented 2 dresses on the Red Carpet, during the last Cannes Film Festival, other prestigious international events. It is also found at other international events.

Sandy Heribert wore a dress made to measure in Calais lace entirely re-embroidered by Annie Penin, from Levroux, beaded by hand (60 hours of work) and enhanced by an adornment including a pair of diamond earrings from Helena Joy.

Annie Penin, like Nathalie Descout are both from Indre. She was the embroiderer of Celine Dion’s stage costumes and is a short story teacher at the Lesage house, one of the greatest embroiderers in haute couture.

We had to wait until 10 p.m. to lift the suspense and find out the name of the winner, revealed by Zinédine Zidane. It was Karim Benzema, the 5th Frenchman to win the “Ballon d’Or” in history, after Papin, Zidane, Platini and Kopa. On the podium, the Frenchman from Real Madrid is ahead of the Senegalese Sadio Mané from Bayern Munich and Liverpool as well as the Belgian Kevin De Bruyne from Manchester City. The Pole, Robert Lewandowski of FC Barcelona is 4th. The Frenchman from PSG Kylian MBappé in 6th position, the Portuguese Cristiano Ronaldo is in 20th place.

The player appeared on stage, accompanied by his son and his ex-wife to withdraw his reward. In his acceptance speech, before a cheering audience, he said:
“To see this in front of me is a source of pride. I think back to when I was little, all the work accomplished, I never gave up. It’s a childhood dream. I grew up with that in my head, then afterwards, I had the motivation because I had 2 role models in my life: Zizou and Ronaldo. It’s a lot of work, it’s not giving up, it’s training even more but above all keep this dream in your head, that everything is possible (…) This “Ballon d’Or” is individual but it’s also collective. That’s why for me, it’s the “Ballon d’Or”. ‘Gold of the People’.

At the end of the ceremony, we attended the presentation of the other trophies.
The Women’s Golden Ball won for the second time by the Spanish Alexia Putellas of FC Barcelona.
Kopa Trophy for the best young player won by the 18-year-old Spaniard, Gavi of FC Barcelona.
Yacine Trophy for Best Goalkeeper but won by the Belgian.
Real Madrid’s Thibaut Courtois. He is also ranked 7th in the 66th “Ballon d’Or” ranking.