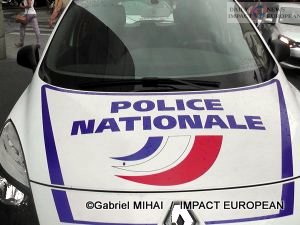 The two individuals are suspected of being the shooter and his accomplice, said the same source.

On Wednesday May 5, police officer Éric Masson lost his life during an anti-drug operation in downtown Avignon.

This Sunday, May 9, two people, suspected of being involved in the murder of the official, were arrested about twenty kilometers from Avignon, said a source close to the case.

The two individuals are suspected of being the shooter and his accomplice, said the same source. On Wednesday, the 36-year-old policeman was shot dead during an intervention at a drug trafficking point. The gunman had since been on the run.

The suspects were trying to flee to Spain

It was the staff of the Research and Intervention Brigade (BRI) of the judicial police who arrested them on the A9 motorway towards Nîmes, while the suspects were trying to flee to Spain, according to a report. source close to the file. 80 police officers had been working on this file since Wednesday evening.

The arrests of this Sunday evening come a few hours after a tribute ceremony to Eric Masson in front of the Avignon police station, in which several thousand people participated.

“I congratulate the national police on the arrest of two suspects, four days after this despicable murder. This crime must not go unpunished,” announced the Minister of the Interior on Twitter.

Monday, all police unions must be received by Prime Minister Jean Castex. Fabien Vanhemelryck, secretary general of Alliance police nationale, calls for “irreducible penalties for each category of offenses”.

A national tribute must be paid to Eric Masson, Tuesday afternoon in Avignon by Prime Minister Jean Castex who will be accompanied by the Minister of the Interior Gerald Darmanin.