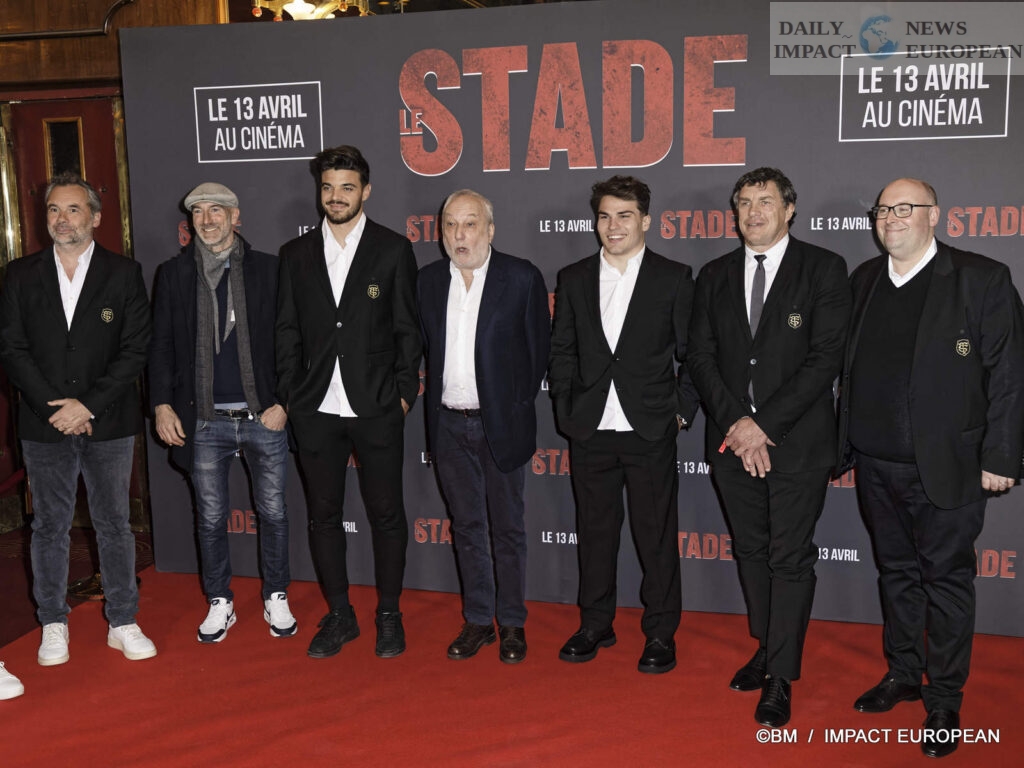 If the history of Stade Toulousain has often been laid down in books or told in reports, this is the first time that we find it on the big screen.

Who hasn’t heard of the “Stade Toulousain”, the most successful rugby union club in its category?

After the appearance of rugby in Toulouse in the 19th century, in 1872, students of all disciplines played in the first clubs. One of them is the Stade Olympien des Etudiants Toulousains (SOET), created in 1897. The first stadium, that of the “Jumeaux Bridges” was built in 1907. It will be replaced by the Ernest Wallon stadium in 1980.

A tribute film to the club

To tell the story of France’s most successful rugby team, Eric Hannezo and Matthieu Allaire co-directed and produced the film “Le Stade” which will be released on screens on April 13, 2022 throughout France. The aim is to involve the spectators in an immersive experience in the life of the team and to make them feel the tension, the anguish, the joy and the deliverance of the players and the coach. Sports fans discover empathy, solidarity and humility there.

If the history of Stade Toulousain has often been laid down in books or told in reports, this is the first time that we find it on the big screen.

Since 2017, a solution has been sought to celebrate with dignity in 2022, the 115 years of the club and the 110 years of its first victory in the French championship.

Who thought of the project?

Thanks to former players, Didier Lacroix, president of the club; Ugo Mola, manager and head trainer and Jérome Cazalbou, high-level manager, the idea of ​​the documentary takes shape. It is based on the notoriety of the club (more than 10 million fans around the world) and the fervor of the supporters during the last trophy, the project is approved and entrusted to the production company Black Dynamite of Eric Hannezo, expert ed documentary and sports reportage.

The film, in black and white, tells the story of Stade Toulousain during the 2020-2021 season, which ended with the Top 14 – Champions Cup double.

The first images are shot on December 7, 2020, the day of the presentation of the “Coupe d’Europe-Stade Toulousain” jersey in collaboration with Thomas Pesquet and the European Space Agency.
For 7 months, the cameras followed the daily life of the club, the players, the coach and the supporters. We enter the locker rooms and the intimacy of the players, follow the training sessions, the matches until victory.

A preview at the Grand Rex in Paris

On April 4, the preview screening, at the Grand Rex in Paris, of the film “Le Stade” took place. This film pays tribute to the team which has just won a 5th title of European Champions and a 21st Shield of Brennus.

Romain Ntamack and Antoine Dupont were notably present, surrounded by many personalities including François Berléand who presented the film.

Alongside the daily life of the players and moments of pre-match tension, we find the speeches of captain Julien Marchand, leaders and coach Ugo Mola. Gradually, we discover events such as the serious injury of winger Yoann Huget, which forced him to interrupt his career until the end of the European Cup and the final of the Top 14. is also tender and intimate moments, such as the one where we see Ugo Mola discovering the images of the double-decker bus from La Rochelle bearing the inscription “Champions 2021”.

Stade Toulousain is the first rugby team to draw inspiration from sports documentaries, such as those on Michael Jordan or Formula 1, to produce one on the big screen.