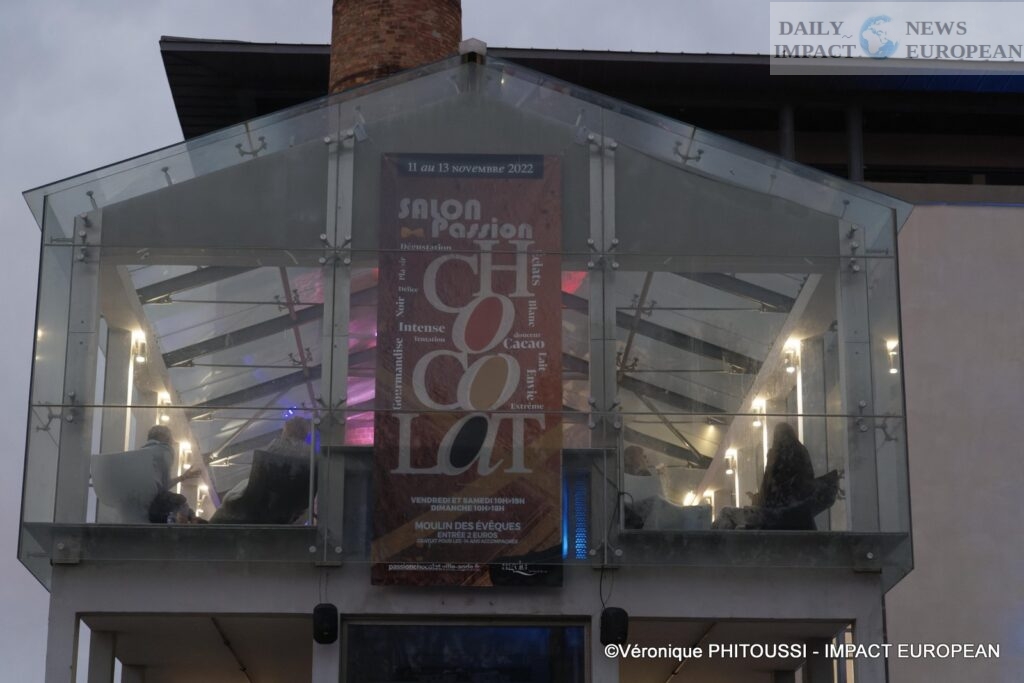 The “Passion Chocolat” Chocolate Fair was held from November 11 to 13 at the Moulin des Évêques in Agde.

The “Passion Chocolat” Chocolate Fair was held from November 11 to 13 at the Moulin des Évêques in Agde.

This fair brought together chocolatiers, confectioners and pastry chefs from the Occitanie region for the greatest pleasure of gourmets. Visitors were able to taste artisanal fruit jellies from the Tarn, nougat and gingerbread made in the Gard, spit cakes and Fouaces Aveyronnaises, spreads, praline spreads…

The children were not left out, lollipop, chocolate sculpture, chocolate roses were presented for sale. Malakoff 1855 presented its wide range of chocolate bar products and spreads.

The Délices du Périgord had a stand of local products, the Chocolaterie Rody offered 2CVs, chocolate petanque balls and even chocolate for diabetics without sugar based on Maltitol and chocolate sausages…

Gérard Cabiron, MOF (Meilleur Ouvrier de France 2007) in the “Frozen desserts” category, held a workshop in front of the public.

Gérard Cabiron, MOF began his training at the “La Colline” hotel school in Montpellier, then continued his studies at the “L’Étincelle” high school in Nîmes.

After graduating from the Ecole Supérieure de Cuisine Française Ferrandi in Paris, Gérard Cabiron has combined various training courses in pastry, catering and catering. Gérard Cabiron’s macaroon reached 2nd position in Elle magazine’s ranking, behind that of Pierre Hermé and ahead of that of Ladurée.

Gérard Cabiron is known for one of his creations: Le Rouergate (ice cream made from sheep’s cheese and orange blossom).

The CFA Nicolas-Albano (Training and Learning Center), municipal Sète, was represented by Marc Testud, trainer in CAP baker and MC baker and Ewan Rudolf, trainer in confectionery-pastry-chocolate. They accompanied the students, apprentices during the confection of delicacies and the development of chocolates prepared in the CFA workshops of Nicolas Albano de Sète. The apprentices made manufacturing demonstrations during this Salon du Chocolat.

The public was able to see Gilles d’Ettore, Mayor of Agde in the aisles this Sunday.

The Best Stand diploma awarded to Ludovic Prudhomme of “La Palette aux gourmandises” in Vias. This one offered an Ambalavao chocolate with 66% cocoa from Madagascar. The “La Maison Gil” stand in Agde was awarded the Originality diploma. These prizes were awarded at the closing of the Salon du Chocolat in Agde.

A beautiful moment of pleasure and conviviality.