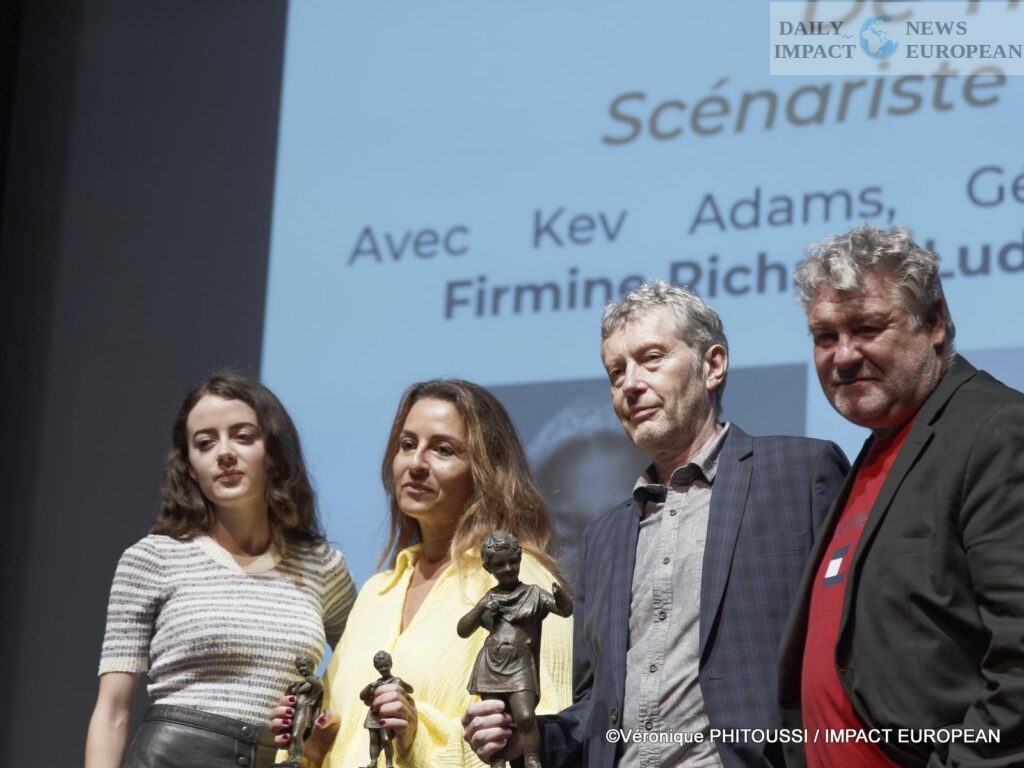 This 19th edition took place from June 21 to 27 with the presence of many personalities from the world of Cinema and Television at the Palais des Congrès du Cap d'Agde Méditerranée.

This 19th edition took place from June 21 to 27 with the presence of many personalities from the world of Cinema and Television at the Palais des Congrès du Cap d’Agde Méditerranée.

Patrick Jorge welcomed the personalities and Michel La Rosa was the master of ceremonies. Each evening they presented the film crews present and awarded the Césarion (Audience Prize) to the members of the 7th art.

Thomas Gilou, director of “Maison de Retraite” came to present his feature film in the presence of screenwriter Catherine Diament, Firmine Richard, Ludovic Berthillot and Lou Gala present during this 2022 edition. Mylène Demongot, actress could not come because of his health problems. Patrick Jorge and Catherine Diament spoke by telephone with Mylène Demongeot. The latter, explaining the reason for her absence, she greeted the public and said that she would fight against this cancer with all her might. Patrick Jorge gave a small caesarion to Catherine Diament and Mylène Demongeot through him. Lou Gala presented the Césarion to Thomas Gilou, director of “Retirement home”, a human comedy.

The Caesarion is a bronze statuette, a reproduction of the statue of the “Cesarion”* exhibited at the Musée de l’Éphèbe in Cap d’Agde. This statuette rewards thanks to the support of the Occitanie region and the partners, the films, the actors most appreciated by the public in the year.

Among the guests present, the public had the pleasure of seeing Alexandre Messina, director of “I love you, Film me! » in preview with Pierre Santini, Michel Crémades.

Anthony Hickling, director came to present his film in preview “Down in Paris” of 2022 with Jean-Christophe Bouvet, Dominique Frot and Manuel Blanc…

Steevy Boulay and Jean-Pierre Castaldi were present because they are on the poster for the comedy “Les Beaux-Pères” by Arnaud Cermolacc, Anthony Marty, director and Philippe Beglia … in a joyful and wacky comedy. Steevy Boulay received a small Caesarion from the hands of Michel La Rosa.

It was a very nice evening.