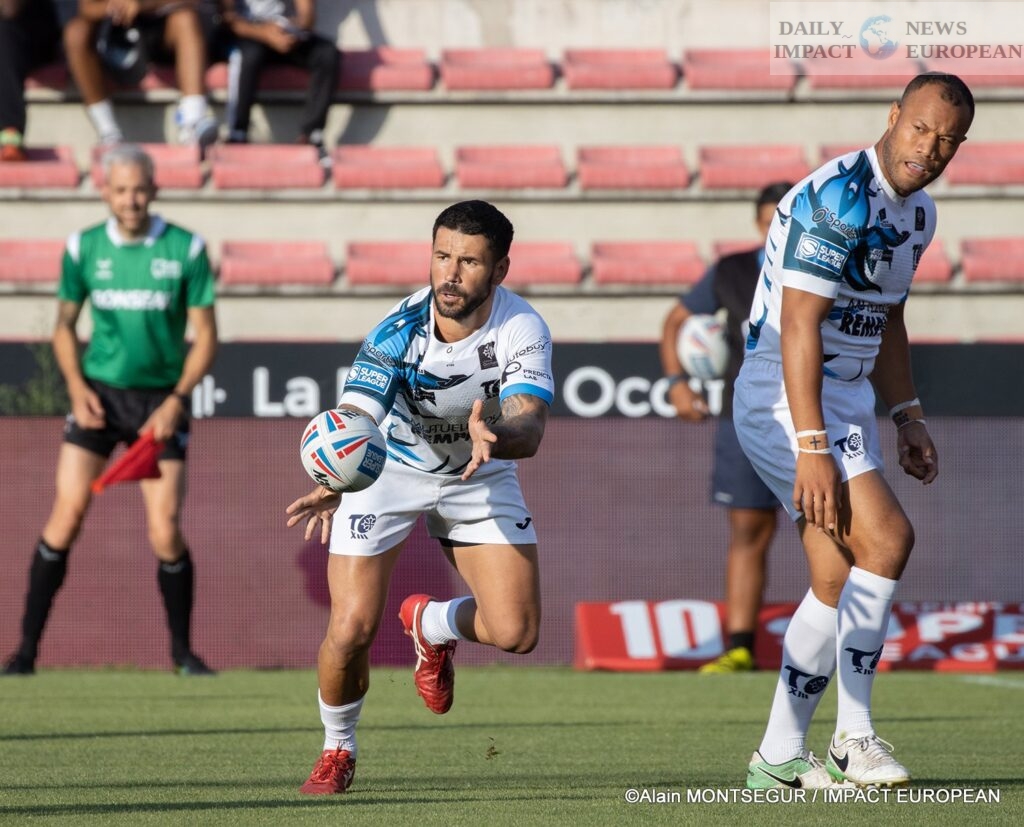 After two meetings in July, Toulouse Olympique has won as many victories and is becoming a serious candidate for maintenance. On Saturday July 9 in Newcastle, the Toulouse Olympique achieved the second most successful period since the start of the season.

At the end of Matchday 19, Wakefield are bottom of the league with their loss last night coupled with Toulouse’s victory on Saturday confining the West Yorkshire club to 12th place.

The historic victory at the Magic Weekend against Wakefield on July 9, the TO found its lawn of Ernest Wallon with the reception of the Leeds Rhinos on behalf of the 19th day of the Super League. The game in the south of France was regularly stopped for water breaks as the temperature hit 40C and the hosts coped better with the conditions to boost their survival hopes in their first season in the league. ‘elite.

Leeds were already understaffed for their trip to France and suffered yet another setback as Liam Sutcliffe dropped from the starting line-up to the bench before kick-off due to illness. Toulouse took the opportunity to clinch their fifth victory of the season.

Circumstances and effects during the match

Leeds are dangerous but the defense is in place. It was not until the 10th minute to see a test opportunity with Navarrete who released the ball close to the in-goal. We are approaching the quarter of an hour of play and Toulouse will take advantage of a foul by the Rhinos to take the points. It was Chris HANKINSON who opened the counter for the Blues & Whites with a penalty, the TO leading 2-0 in the 12th minute of play.

Leg shifts Schaumkel which flattens. It’s converted 8-0. Toulouse plays every shot thoroughly and defends to perfection. As we reached half an hour of play, it was Russell at the end of the line who scored. Hankinson converts (14-0). The Toulousains will be able to stay solid for the rest of the first half.

On returning from the locker room, Rhinos and Olympiens will neutralize each other for the majority of the second half. Rhythm between technical errors and lack of lucidity in the last gestures, the strong heat tiring the organisms, the score will only evolve from the 66th minute when the English score after 5 good minutes of siege on the goal line of Toulouse .

Toulouse defends well and attacks whenever it can. Besides, the Olympians scored a try which was invalidated by the referee who whistled a penalty for the Rhinos. The penalties are linked for the English as we enter the last 10 minutes. The local defense will give in for the first time on a try from Dwyer who fakes the pass and goes to score alone. Martin converts and Leeds come back to 14-6. Two minutes from time, as the Leeds winger went on trial, Olly Ashall-Bott came to save his people with a superb return.

As the end of the match approaches, Bretherton scores Toulouse’s third try and puts an end to the suspense. Hankinson converts and Toulouse wins 20-6 against Leeds. Superb performance by the TO to Ernest-Wallon who is in 11th place, against Wakefield who lost the match with Hull KR. The maintenance mission is more than relaunched for Toulouse, which temporarily leaves the last place on the difference of points.