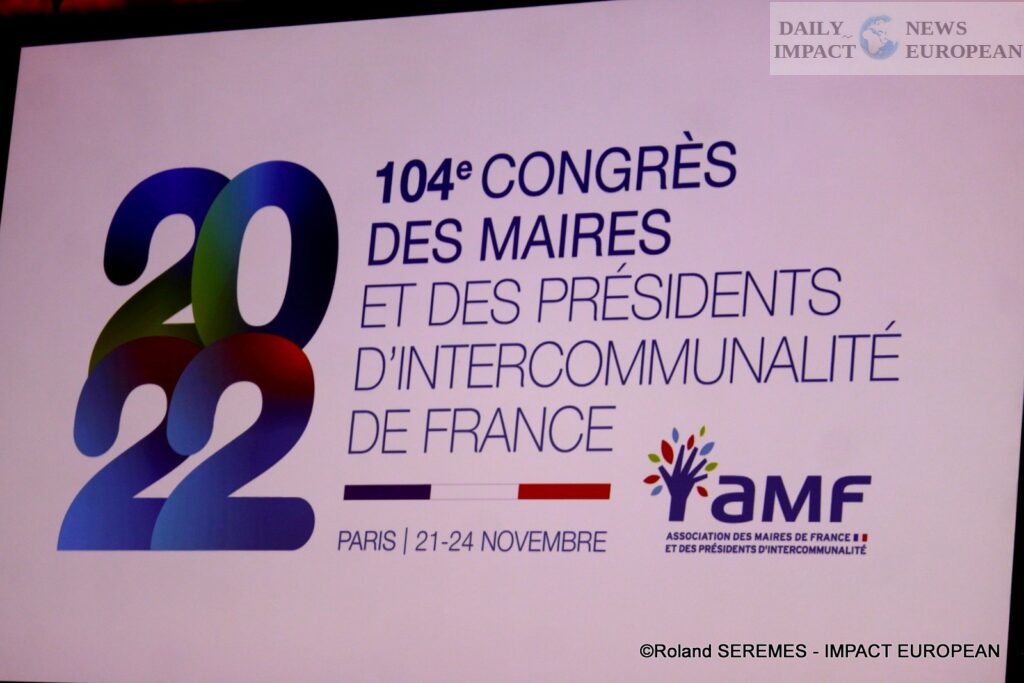 This 2022 edition was produced in partnership with the AMF (Association of Mayors of France) and in conjunction with the 104th Congress of Mayors of France and Presidents of intermunicipalities. It brought together 1,177 exhibitors, 50,036 participants with 444 speeches on subjects as varied as health problems linked to the pandemic, the climate, territorial realities, inflation and purchasing power, the crisis of the energy, war…

Who were the visitors?

Each year, the SMCL brings together the largest number of elected officials and players in the territory:

To react and find changes, municipalities must invent solutions based on the collective intelligence of their territory by using new challenges and responding to new themes. It is at the SMCL that public actors, companies, the associative world, the State meet, in order to build together a united and sustainable future.

With this objective, the show has proposed living spaces corresponding to the strong and symbolic places of daily local life. They stage the practices, present the achievements and the uses of these places as well as their relays towards the current activities of the city and its inhabitants.

This year, we were able to discover 8 Vis ta Ville spaces on themes:

– risk management in the face of vulnerabilities
– the need to develop territorial expertise
– reconciling security and solidarity: shared realities of professionals
– the SSE: the social and solidarity economy, a lever for economic development and resilience at the local level.
– carbon neutrality applied to the territories, also an objective of sobriety.

The Ministry for Ecological Transition and Territorial Cohesion, the Ministry for Energy and the State Secretariat for the Sea were present on the same stand, “The Village for Ecology, Energy and territories”. The goal was to meet elected officials and provide them with the expertise and engineering they need. It was also an opportunity to present the unprecedented “Green Fund” system which makes it possible to accelerate the ecological transition in the territories and to help the communities to strengthen their environmental performance, to adapt the territory to climate change and to improve their living environment. Announced on August 27 by Elisabeth Borne and endowed with 2 billion euros.

Emmanuel Macron at the SMCL

This year, for the first time, the President of the Republic has decided not to close the Congress of Mayors like last year. He preferred the aisles of the Salon des Maires to meet elected officials and discuss with them, while discovering the products and services intended for them. The choice of this visit was to mark an appeasement after a tense first five-year term. The President’s change of speech marks an opening towards decentralization, as he said he was in favor of last October.” This real decentralization should be accompanied by a transfer of responsibilities, “nominative power” and “necessary funding” in opposition to the false decentralization “in force hitherto”.

The announcement of the opening of 2,600 France Services houses by the end of December (100 more than planned) or the creation of 35 additional sub-prefectures, including 10 this year, is accompanied by an additional payment of 1. 2 billion euros to local authorities in the form of a loan to accelerate the ecological transition. In addition, 5 billion by 2026 should revitalize the center of 234 medium-sized towns.

For her part, Elisabeth Borne spoke of a higher than expected increase in the global operating grant (DGF) for local authorities in 2023. This amount will reach 320 million euros, an unprecedented effort for 13 years.
In response to this announcement, David Lisnard (AMF) replied “that this is only a modest catch-up, the DGF not being indexed to inflation since 2010”.

At the same time, elected officials are concerned about the abolition of taxes they collected such as the housing tax on main residences and the CVAE, a production tax. This is why many municipalities have thought of an increase in the property tax, one of the only possibilities that are still possible for them.

This year, the candidates (97 innovations proposed, symbol of their importance for the transformation of communities) were rewarded in 8 categories and a “Coup de Coeur”. The subject chosen was: “Innovative solutions at the service of the transition of territories”. The winners were announced on November 23. The prizes were named by Murielle Fabre, general secretary of the Association of French Mayors (AMF), in the presence of the jury. They honored companies providing solutions whose objective is to support local authorities in the challenges of transition. Among them are described actors committed to the territories, exemplary local collaborations and partnerships between exhibitors and local authorities.

– Agricultural and food transition (2 files): Too good to go (Fight against food waste, reduction of the impact on the environment and support for producers)
– Energy transition (12 files): La Banque des Territoires for its “Prioréno” offer (allows communities to have a vision of their public building stock, and electricity and gas consumption, building by building.
– Infrastructure and mobility (15 candidates): Vialytics (intelligent analysis of road conditions by automated photo taking every 4 meters, detection of damage and alerts in the event of danger. A web platform offers a simple solution.)
– Environmental transition (13 files): Pollustock (Hydro-Rescue anti-waste net on disengageable guillotine frame, the very large collection of waste allows environmental protection)
– Digital transition (22 applications and 2 joint winners): Cap Collectif for the Purpoz solution (making citizen participation accessible to communities of all sizes) and HOCOIA (mobile telemedicine office, unique local mobile health offer).
– Lifestyle/Leisure and Solidarity (14 files): Urban Services for Ici Toilettes (access to the nearest toilets. Real-time information via a SAAS platform: ICI-T
– Territorial Development & Management (12 files): LOXAMED (co-constructed with local actors, relies on the doctors and nurses of the territory, facilitates access and diagnosis to care and fights against medical desertification)
– Protection, Security and Risk Management (9 files): Keyros and their Projections solution (cartographic information system to act in a crisis situation: flood, heat wave, winds, marine submersion)
– Jury’s favourite: Versolution for the kit “I learn to move independently” (for children from CM1 to 6th grade and families with games to tackle mobility (4 modes of travel and 8 themes) thanks booklets, board games and role-playing games).

Alongside the SMCL, the 104th Congress of Mayors and Presidents of Intercommunities of France was held from November 21 to 24, 2022, Pavilion 5 of the exhibition center at my Porte de Versailles.

For 4 days, more than 10,000 local elected officials met to discuss the topic; “Power to act” On the program, more than 20 conferences, plenary debates, thematic forums or information points on current topics. During this congress, the participants were able to exchange, debate or question the public authorities on subjects as varied as the future of decentralization, the ecological transition, access to essential local services, the evolution of local finances and taxation. .

The first day dedicated to the Overseas Territories took place at the Palais des Congrès in Issy-les-Moulinaux. The first sequence was devoted to security and the second to housing. The Minister Delegate for Overseas Territories, Jean-François Carenco spoke on the subjects. The afternoon took place in the Senate (free exchanges and debate.

Ecology, education, environmental issues, environmental policy, mobility, digital transition or violence against women and children were on the program without forgetting Europe and the information points including that on the Russian-Ukrainian war.