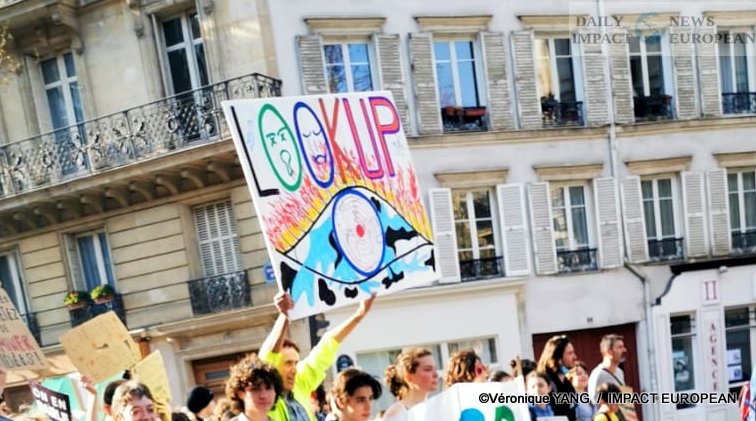 During these 2 days, all the young people of France beat the pavement throughout France. Parades were organized in Paris, Angers, Besançon, Bordeaux, Lille, Lyon, Montpellier, Nantes or Toulouse.

Since January 2019, young people have been mobilizing for the climate. This movement launched by Greta Thunberg brings together nearly 130 groups around the world including France, under the name of “Fridays for Future”.

While the history of the movement entered, for 3 years, in French school textbooks, the message of young people is still absent. This is why, this year again, the youth sent a letter to teachers and teaching staff to invite them, too, to participate in this strike and support their demands. In response to the denial of French education, the only solution to the ravages of GDP is regulated innovation.

Why “Fridays for Future”?

In August 2018, 15-year-old Greta Thunberg sat outside Parliament every day, despite no longer attending school. It required politicians to take action commensurate with current environmental issues. After the Swedish legislative elections, she decided to continue her school strike every Friday, inspiring thousands of young people around the world (more than 125 countries). The first international, global environmental strike brought together 1.6 million people in more than 2,080 cities.

This year, a few weeks before the presidential elections, the movement marches to remind the candidates that “the living must always take precedence over profit”. It is necessary to “replace the current socio-economic model, linked to centuries of exploitation.

Rich nations are responsible for 92% of global emissions and the richest 1% responsible for twice the pollution produced by the poorest 50%. This is why climate reparations are demanded for the countries of the southern hemisphere, following the greenhouse gas emissions that affect them. It is a question of giving these populations resources to recover their lands.

For years, leaders have sacrificed “the ecosystem and people for the sake of development and economic growth.

During these 2 days, all the young people of France beat the pavement throughout France. Parades were organized in Paris, Angers, Besançon, Bordeaux, Lille, Lyon, Montpellier, Nantes or Toulouse.

According to the director Cyril Dion and about thirty personalities (Lucie Lucas, Aurélie Filippetti or Wolfgang Cramer) who published, at the beginning of the week, a forum in support of young activists, “This strike is a powerful tool and a symbolic tool which allows young people to translate their concerns, fears and expectations into action and not just through fine speeches”.

In Sweden, in Stockholm, there were thousands to follow Greta Thunberg, shouting “We are unstoppable, another world is possible!”.

In Paris, young people left the Pantheon for a march in the capital towards Bastille where they ended with a sit-in. Protesters carried signs that read: “Ocean can’t vote you can”, “Don’t let her down, she’s so fragile”; “More degrees are better in the bottle”; Riddle: Between man and plastic, which will disappear first?”; “Oil, gas and nuclear, energies of war, Stop destruction”…..

Timing coincidence, following an episode of fine particle pollution in Île-de-France, the prefecture decided to reduce traffic in Paris intramural and in the 1st and 2nd ring around the capital, i.e. from the A86 . These restrictions were applied from 5:30 a.m. to midnight, only Crit’Air 0.1 and 2 vehicles were authorized to circulate.

The other highlight of the weekend was the meeting of presidential candidate Yannick Jadot, who outlined in his program the fight against pollution and global warming.