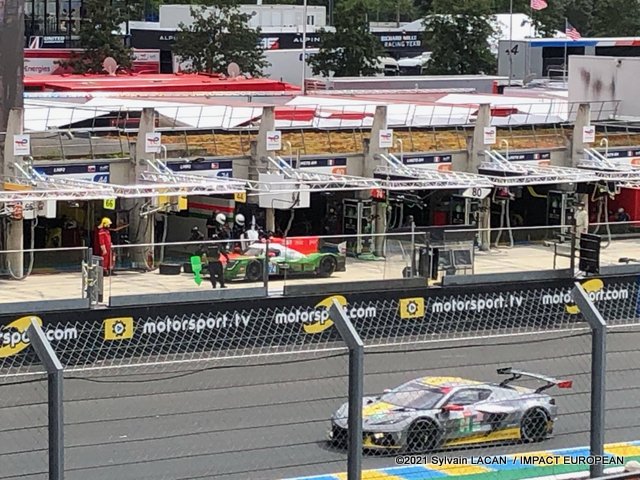 Origins of the 24 hours of Le Mans

The 24 Hours of Le Mans is a motor racing competition on a city circuit, carried out in 1923 by Georges Durand, secretary general of the Automobile Club de l’Ouest. During the event, teams of 2 drivers per car take turns day and night.

The purpose of this endurance test was to contribute to the development of technical progress and promote the development of the automobile in the Sarthe. In 1922, Eugène Mauve created the “Bol d´Or automobile” and the “Bol dOr moto” as part of the Association of Former Military Motorcyclists (AAMM, which later became the Association des moto-cyclecaristes de France, AMCF).

The first edition of the 24 hours of Le Mans, on May 26 and 27, 1923, took place on a circuit near Le Mans. André Lagache and René Léonard were the winners on a Chenard & Walcker. Today, the 24 Hours of Le Mans are held every year in June. This endurance race is the oldest and most prestigious of sports car and sport prototype events. As such, it is one of the various “triple crowns of motorsport”, with the Monaco Grand Prix and the 500 miles of Indianapolis.

Number 1 sportsman in the world since 2012, this event is part of the FIA ​​World Endurance Championship. It also inspired the races at Daytona, the Nürburgring, and Spa-Francorchamps.

Many technical innovations are linked to the 24 Hours of Le Mans. Among them are the disc brake, the rim, the aerodynamics, the radial carcass tire, the LED headlight,…. In 2012, the appearance of hybrid cars and then in September 2018, the birth of the Mission H24 project, the objective of which is to run a car entirely on hydrogen in 2024.

How to participate in the 24 Hours of Le Mans?

Participation in the 24 Hours of Le Mans is by invitation only. A team cannot have more than two invitations based on its results.

From 2021, implementation of a regulation based on a performance balance (BOP): manufacturers are no longer encouraged to improve the performance of their cars. Before each race in the FIA-WEC World Championship, the legislator requires each competitor to modify the weight and power of his own car, as well as the quantity of gasoline carried. All the competitors in the same category remain on an equal level. Priority is given to controlling costs to attract many brands.

Several categories of cars can participate:

The 2 most successful drivers are the Danish Tom Kristensen with 9 victories between 1997 and 20013, followed by the Belgian Jacky Ickx, 6 times winner between 1969 and 1982. The Japanese Kazuki Nakajima is meanwhile 3 consecutive victories over Toyota between 2018 and 2020 .

The 2021 edition, the 89th, attracted nearly 50,000 spectators (20% of the usual number) after the 2020 edition, which took place behind closed doors. It was postponed from mid-June to the end of August because of the health crisis. We will note the return of the French manufacturer Renault, with the Alpine brand, just like in Formula 1. The French Nicolas Lapierre and Matthieu Vaxiviere and the Brazilian André Negrao were at the wheel of the No. 36 Alpine. In addition, various Alpine models participated in the pre-departure parade.

In 1955, Jean Rédélé created the Alpine cars in Dieppe (76). Renault dealer, the brand is responsible for Renault’s great leap forward in the sports car sector.

In 1995, production was stopped. It did not resume until 17 years later in 2012 with a new concept car presented at the Formula 1 Monaco Grand Prix. This was the A110-50 in commemoration of the 50 years of the iconic Berlinette Alpine A110.

Renault decided to enter the brand in the 24 Hours of Le Mans and in the European Le Mans Series (ELMS) from the 2013 season, in the LMP2 category. A partnership begins with Signatech, L’Oreca 03-Nissan.

On September 6, 2020, Renault F1 Team announces the name change of its team to Alpine F1 Team for the 2021 Formula 1 season. In January 2021, the brand only markets electric vehicles: the successor to the Alpine A110, an electric crossover SUV and an Alpine version of the Renault 5 Electric.

Ranking of the 89th edition

The final classification: Toyota in the first 2 places (N ° 7 and N ° 8), Alpine (N ° 36) on the 3rd step of the podium. We are witnessing the domination of the hypercars (Toyota Gazoo Racing (2), Alpine Elf Matmut (1) and Scuderia Cameron Glickenhaus (2)) in the first 5 places in the ranking.

The Alpine A480 hypercar in 3rd position held up all night, “trailing” the Toyotas. This ranking was a nice tribute to Jean-Pierre Jaussaud, driver from Caen who died on July 22. He had taken part in the 24 Hours of Le Mans 13 times and finished victorious in 1978 at the wheel of an Alpine Renault.

See you in 2022 for a 90th edition in mid-June (11th and 12th) as usual. It will also be the occasion to celebrate the 20 years of partnership between the race and the Swiss watch brand Rolex. From the 1930s the brand was associated with mechanical sporting events. 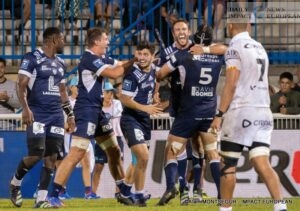 Pro D2: US Colomiers won against Provence Rugby thanks to the siren (17-16) 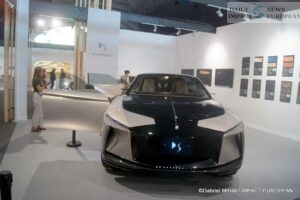 Europe and its new “fuel” for a new automotive industry 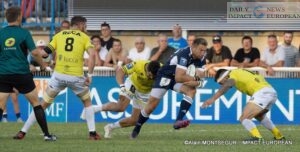 Pro D2: Carcassonne starts the season on the left foot with the defeat at Colomiers